All GoPro cameras split long video files on the memory card by doing something called chaptering. As annoying as this is, there is a good reason why your GoPro video files are broken up.

I have answered some common yet totally confusing GoPro questions that I hear from new GoPro owners often. In the past, I covered “what are LRV and THM files?” and “what’s up with the HEVC h.265 video format on the new Hero6 cameras?“. Now, the question is why long GoPro video files are split or broken up on the memory card.

Why Does my GoPro Split up Video Files?

If you own a GoPro, you probably own a microSD card that you put into your camera, and then your video files are recorded onto that card. Right? If you’ve never seen this happen before, you might look at your gopro files and think something must be wrong. Your long GoPro files will be split up between multiple files instead of one long file.

There’s nothing wrong with your GoPro or your memory card if this is happening. It’s actually totally normal. Some new GoPro owners think their GoPro stopped recording automatically, then started again, but this is not the case here. Your GoPro didn’t stop recording, it kept recording without losing even a nanosecond, but what it did was start a new file. If you recorded for a long session, like an hour, it’s going to start multiple new files. That is called “file chaptering”.

File Chaptering on the GoPro

Your GoPro camera does something called file chaptering, and it does this in 4GB-sized “chunks” (in most cases). So it could be a 17-minute file or a 12-minute clip. It really depends on your video capture settings, because it’s not the length of those video clips that we’re talking about here, it’s size – the capacity of that “chunk” of data.

Now you should find that if you view your video file on your camera, it should playback the whole video as one video. But when you pull those files off your card onto your computer, you will have those multiple files.

I’ve been avoiding writing a blog post on this exact topic for a long time. Because every time I started doing some research about this topic, it get’s really complicated. Also, it’s hard to find a concrete answer as to whether it’s the camera or if it’s the memory card and the file system on the memory card.

Maybe it’s both, but I will spare you most of the nerdy details, and tell you what GoPro says about this on their website:

“When taking a video recording, the camera will automatically segment into a new file chapter once it has reached a certain size… This chaptering is intentional and there is no way to keep the camera from doing so. Chapters are divided like this so in the event of a jolt or crash that causes a file to become corrupted, only a portion of your video will be effected and not the whole thing. While there is a file recovery feature in the camera, chaptering is a precaution step just in case the feature is unable to fix the video.”

Join Split GoPro Files Back Together

If you want to take those broken up, split files and join them together, you’ll have to use a video editing program, like Premiere Elements, VSDC, iMovie, etc.

I have several tutorials here on my site for using video editing software for basic edits. For example, if you’re on a Mac, you can easily use iMovie to stitch your clips together and export them as one video.

To be completely honest… I think GoPro could easily have simplified its naming convention for the user. Allow me to illustrate:

This is a little bit of a rant but seriously, GoPro, consider this:

Split GoPro files does seem annoying at first, but you will get used to it. Honestly… there is not much that can be done to avoid it, other than not letting your GoPro roll for long periods of time. Do the broken-up files bother you? Let me know in the comments!

Related: All About GoPro Studio

VIDEO: GoPro Split Files? Why Are My GoPro Files Broken Up?! 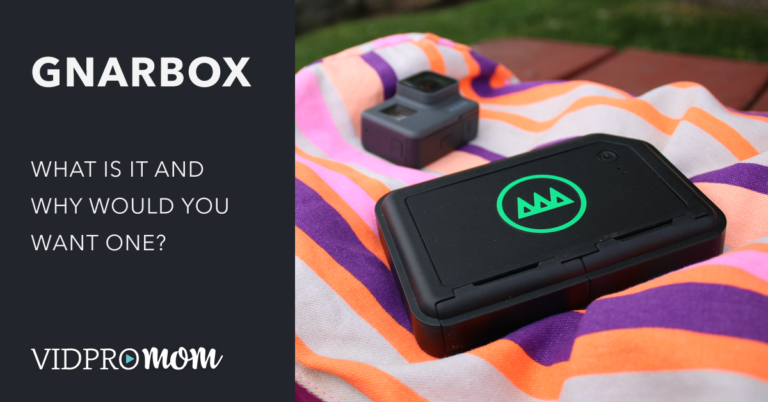 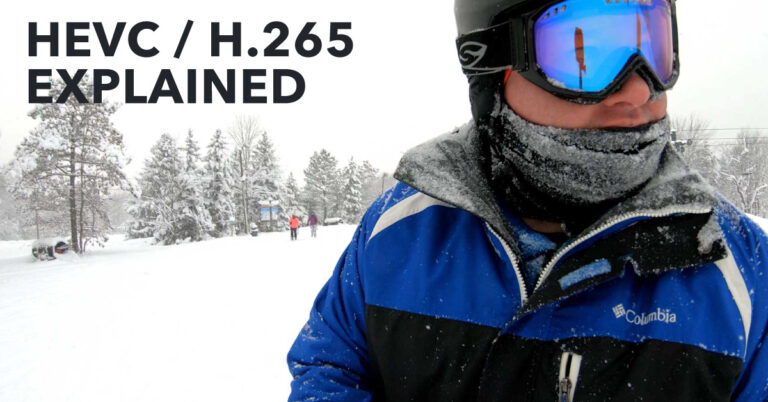 Being an early adopter can have a downside. When your Hero6 footage won’t play on your computer or phone, it’s likely because of the new HEVC H.265 format. But there’s an easy fix!

In this tutorial, I show you how to export GoPro Studio videos when you’re done editing in GoPro Studio.  Then, you can archive it on your hard drive or upload it to YouTube or Facebook! Check it out.

A GoPro accessories kit is usually a tempting purchase for any new GoPro owner, but which ones are the most popular and how do they stack up?